This Summer NOW PLAYING is Now Playing in Theaters! 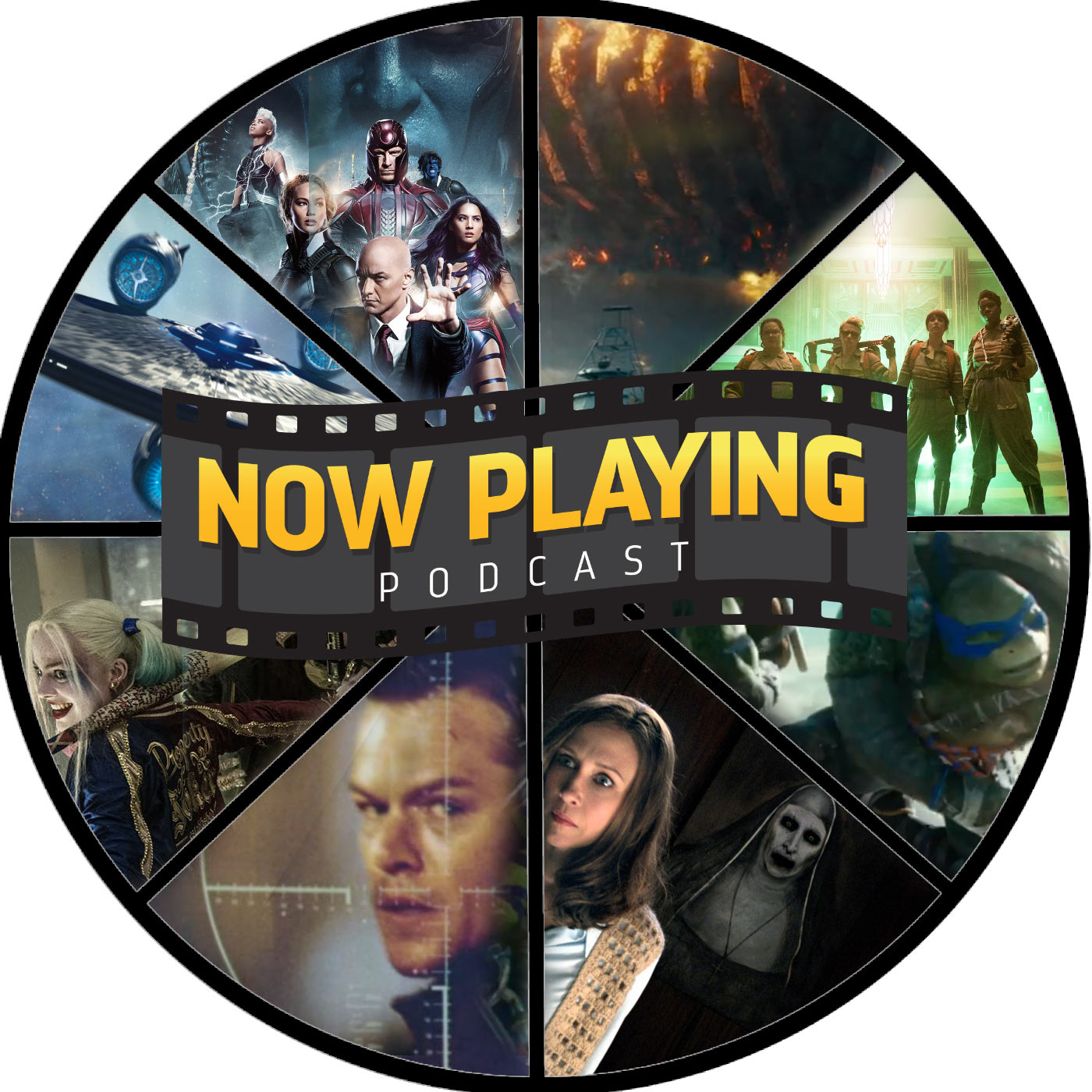 When Now Playing Podcast’s X-Men: Apocalypse episode arrived last week, it kick started a summer schedule stacked with week of release reviews for the 9-year-old show and its panel of hosts.

In a way, Now Playing is going back to the beginning.

Longtime listeners will remember the early days, when the show launched with the goal of reviewing a just released flick every week. Those 2007-08 era shows are notable for their shorter run times (the first Iron Man review runs a little more than 8 minutes) and films that would never fit in Now Playing Retrospective Series (reviews of Fever Pitch and 21 are standout examples).

Show creator and producer Arnie Carvalho reflected on that time.  “The original idea for Now Playing was to be weekly, recorded off-the-cuff immediately after stepping out of a theater. There was to be no editing, just a ‘live on tape’ show. We’ve come a long way since those days.  First came editing, then came retrospectives, then came lots of editing!”

Having established its popularity and found its footing with the first retrospective (for Friday the 13th) in 2009, the show has stuck to its celebrated formula – review every film in a series leading up to the latest release. In summer that usually means a handful of new release reviews wrapped inside the longer retrospectives. Summer 2015, for example, was largely dedicated to the Mad Max and Mission Impossible franchises, with appearances by Marvel heroes and that Terminator sequel we’ve all forgotten.

The summer slate that begins with the aforementioned X-Men review will see the hosts back in theaters for eight new releases over the next 11 weeks, reviewing everything from the latest Teenage Mutant Ninja Turtles and Star Trek sequels, to DC Comics’ Suicide Squad. Three new retrospective series’ will make their debuts this summer, with Matt Damon’s Bourne films taking up the most space on the calendar, and the Independence Day and Ghostbusters franchises offered as a bonus in Now Playing’s bi-annual donation drive.

“The shows we do within days of their US premiere are simply more difficult shows,” Carvalho said. “In three days or less we have to do research that would usually take a week. We have to coordinate our (busy) schedules to find weekend recording time. Then the editor has 20-40 hours of work to cram into just two days.  But we are very excited to be doing the films we are, and our listeners match that anticipation, so all of the work is worth it.  It looks like a good summer.  Out of these eight movies, I’m very excited for six of them!”

Listeners may even be in for a surprise or two, the host hinted. What that means is anyone’s guess, as the calendar turns to June and Now Playing’s summer schedule is stacked through Suicide Squad. The current schedule can be seen at the show’s website, and if you look closely your eyes are not deceiving you – there are two reviews coming for The Bourne Identity. Listeners who love Now Playing’s completist approach to Hollywood franchises will be delighted to know there was a 1988 television movie adaptation of the story, starring a post-Alan Quatermain Richard Chamberlain and former Charlie’s Angel Jaclyn Smith. That should be good.

“Our listeners love when we go obscure. So Chamberlain in a mini-series that hews more closely to the original novel than the Damon films? We’re in!”