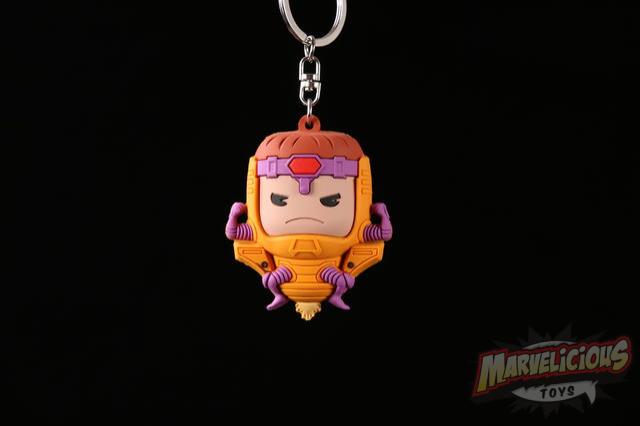 One of the greatest joys I have in life is blind bagged collectibles. I enjoy the surprise and suspense of not knowing which character is in that little opaque package. The hunt for the chase figures, and the satisfaction of knowing that I completed the series are great feelings. These are all amplified if the item is amazingly cute. Nothing is better than a tough super hero or villain transformed into a cute and cuddly little being. That’s why Monogram International’s 3D Foam Key Rings are my latest obsession.

I first stumbled across these at my local bookstore. I liked the art on the package and it was blind bagged so I bought a couple. As soon as I opened them, I knew I had to get more. I was blown away by the each character and how uniquely cute they were. The first one I opened that day was Hulk. I loved how he looked like a shrunken version of Marvel’s Green Goliath. His little mop of black hair and little outstretched arms had me. I opened the rest of them and immediately went back and bought more.

These key rings are simply adorable!  They have a rotund quality, and stubby little appendages, making them look like baby versions of their characters, and this only adds to the cuteness. The key rings are fully formed like action figures, but they are not articulated. What really makes these stand out is the fact that they are all different sculpts. These aren’t the same body painted a number of different ways. The heads have personality and are unique to the character.  Some have little weapons they are holding, other shave capes like The Collector, and Ghost Rider has his signature flames on his head.

Monogram covers a wide array of characters in each series as well. Series 1 covered the standard characters with Avengers and a portion of the Guardians of the Galaxy team.  In later series we see Falcon, Ant-Man, Luke Cage and even MODOK. Monogram even delves into Secret Wars territory, tying into that recent crossover event. There are also some chase or “exclusive” figures. Sometimes they are a color variant like gold Thanos in the Secret Wars series or the gray Deadpool variant in Series 3. Chase figures are typically packed in lesser numbers for each case and as a result, harder to find. 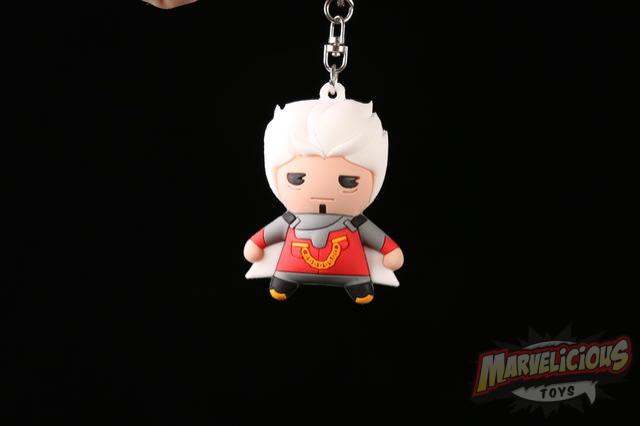 The only problem I have encountered with these is what to do with so many key rings! I have solved this problem by trading my extras or using them as intended, as key rings.. They also make great zipper pulls for backpacks. I have a collection of them and I am keeping them in various locations throughout collection as decoration. I have also found that hanging them on little hooks works well as they don’t stand up on their tiny feet. These are very versatile and can be displayed and used in many ways.

Packed in a silver bag with great artwork, these key rings can be found at various retail and comic store locations. They normally run around $5.99, which makes the price well worth what you are getting in that bag.

So what are you waiting for? Join the addiction and order some today. 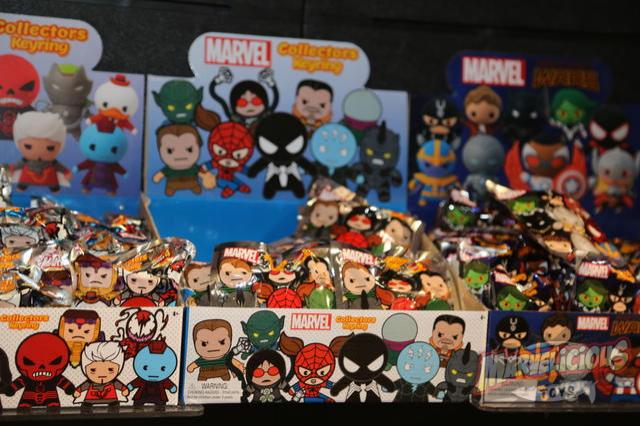