We Are (Baby) Groot! Pre-Order Alert 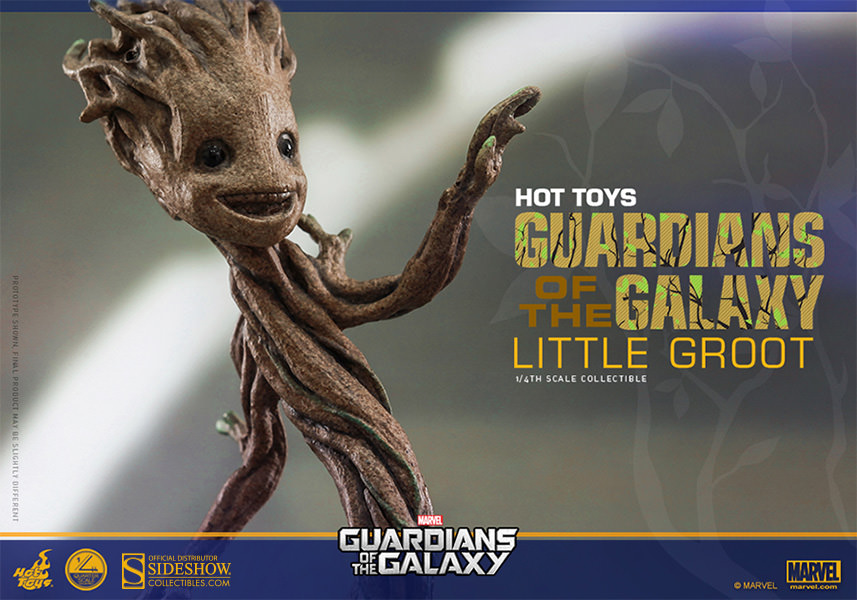 In 2012 Hot Toys announced they held the license for Quarter Scale Marvel Figures.  The company is widely known for their detailed (and expensive) Marvel sixth scale figures, including over 20 versions of Iron Man, and many collectors wondered what the cost of such items would be.  Yet since the announcement Hot Toys has limited their 1/4 Scale releases to Iron Man busts.  Now Hot Toys releases their first full figure in Quarter Scale, but it’s not Iron Man, nor any other humanoid creature–it’s Little Groot, as seen at the end of this year’s top-grossing film Guardians of the Galaxy.

In 1/4 scale, this potted Groot stands about 5.5-inches tall.  Yet the figure is fully bendable allowing for a variety of poses.  With three separate head sculpts you can have serious Groot, dancing Groot, or super-happy Groot!

The collector in me is worried about long-term wear on the figure from too much bending, but the Groot fan in me finds this too cute to prevent me from buying it!

At under $45 I think this figure would be Hot Toys’ top-selling figure of all time, except the market is flooded with baby Groot figures.  Funko has their POP Vinyl version released; a low-cost animatronic dancing Baby Groot has surfaced at Wal Mart stores in the USA, KIDdesigns has a dancing Baby Groot shipping this Spring, Dragon has a full-scale Baby Groot Maquette, and Hot Toys themselves have already put up for pre-order two different Baby Groot figures in the 1/6 scale line–accessories with the Rocket and (full size, adult) Groot 2-figure set.

Still, at under $45 this is a great gift item that will likely sell quickly.  So go GROOT yours now at Sideshow Collectibles!