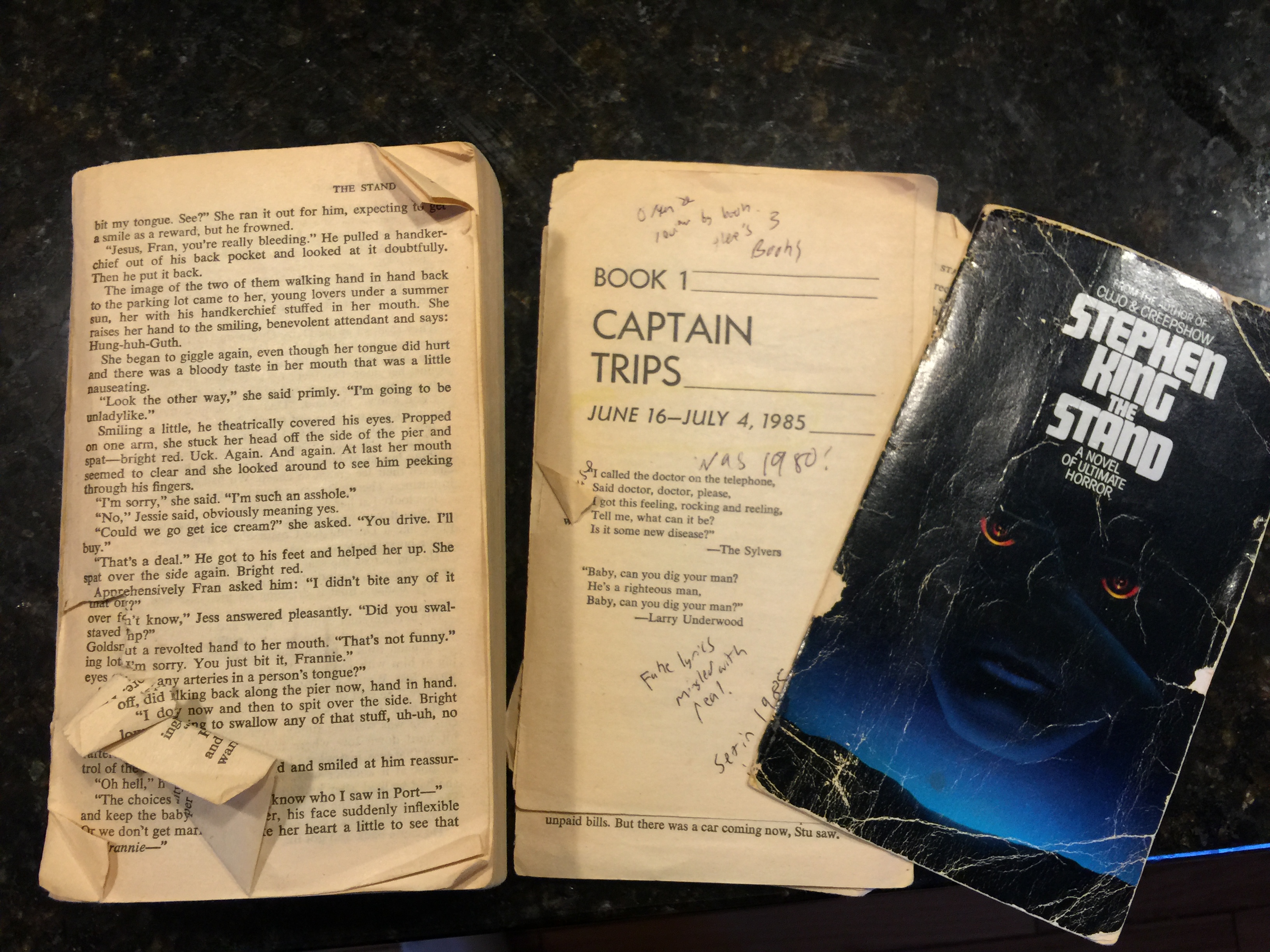 For more than a year the above-pictured copy of The Stand has been my constant companion.

The way Mel Gibson’s character in Conspiracy Theory never when anywhere without his copy of Catcher in the Rye, wherever I went this paperback, becoming ever-more battered and torn, went with me.

For this copy was the first of three versions of King’s seminal fantasy novel that I read in 2014.  This copy contained the text found in King’s 1980 paperback printing of the book, which varied slightly from the original 1978 hardcover and the 1990 “Complete and Uncut” version of the novel.

It was in this book that I took my primary plot notes on the novel, writing on the pages with pen and highlighter.  Then as I next read the 1990 revised Stand, and then the 1978 hardcover version, it was this paperback I constantly returned to for comparison.

Now I can put this book in a drawer for my review of Stephen King’s The Stand is complete and starting the afternoon of Monday, January 5th, 2015, you can hear it at BooksAndNachos.com.

The Stand is an epic tale broken down into three books, as well as a prologue and an epilogue.  Likewise my podcast review will be broken into multiple parts and released one per day during this week.  (Though the review of The Stand will be released in fewer parts, and have a shorter run-time, than the sum of all 20 reviews for the short stories in King’s Night Shift collection).

Leaving this book behind is bittersweet.  While I have enjoyed spending so much time in King’s post-apocalyptic universe I’m also really happy to finish this, the most difficult and involved review I’ve ever done.

I hope you’ll join me for it!

While you wait for the Books & Nachos review of The Stand, you can hear our review of the TV Mini-series posted now at Now Playing Podcast’s web site.