Soundtracks on Vinyl: You’re Next

One of the draws to collect vinyl releases of movie scores and soundtracks is the large artwork for the film that accompanies it. These entries will review the vinyl record release of a film score/soundtrack from the music to the artwork, as well as the film…

You’re Next tells the story of a well-to-do family getting together in their home in the woods for a reunion. However, none of them seem very excited to see each other. Their ambivalence soon turns to terror and fear as a gang dawning animals masks invades the home and starts killing off members of the family. But the intruders meet resistance when one guest displays a special set of skills for fighting back.

I’m not one for slashers, but the striking posters for the film caught my attention. Each poster featured the close up of one of the intruders in a plastic animal mask (the lamb mask always stuck out to me) with You’re Next written out as painted in blood. Even the title had a simplicity that immediately expressed the mood of the film (it’s appeal similar to the title of Simon Pegg’s fake Grindhouse trailer for Don’t).

The film, while having twists to the plot, is a straightforward slasher. But it is one that winks at the audience. It doesn’t go full meta like Cabin in the Woods or Scream, but it doesn’t mind admitting that there are some silly tropes to the genre. That’s something that goes a long way for me as an outsider of the genre.

You’re Next is definitely a recommend. Sometimes scary. Sometimes funny. Always gory. And the music goes a long way to building the tension.

The score give numerous nods to slasher flickers but with a modern twists. There is one pop song, Dwight Twilley Band’s “Looking for the Magic.” But the rest is moody thumps of bass, bitcrushed stings of synth, plenty of programmed industrial drums, and high pitched brass and strings.

At time the music breaks into high pitched stabbing strings alluding to the Italian Giallo. Slow, breathy synths with bass beating like a heart feels like a remix of the Jason’s theme from Friday the 13th. And before you call a piece derivative of a John Carpenter composition, the track brings in modern programmed drums and searing electric guitars.

Overall, there is a heavy industrial influence on this score. Thumping beats that will quicken your heart rate with lots of ambient textures layered throughout. While most of the pieces don’t work as a composition that stands on its own, together they create a soundscape perfect for those needing a soundtrack for a haunted house next Halloween (or just like to live as if in a haunted house all year round).

This is the first time the soundtrack has been made available and is (or was—currently sold out with no repressing announced at the time of posting this review) only available as a Death Waltz exclusive (now produced and distributed through Mondo Tees) of 1,000 pieces. This is my second Mondo LP purchase, and their attention to detail makes this a collectible for those that want something that represents the film as much as the music.

The actual album is thick 180g vinyl. It is a red and white swirl (the red looks muted, whether due to the red mixing with white or the type of red used) marketed as “Bloody Bedsheets” colored. Some audiophiles argue that color vinyl degrades the quality but the sounds came through clear on my system. 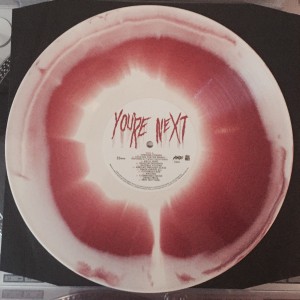 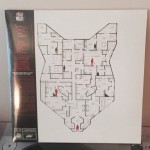 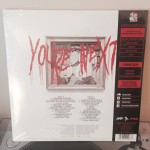 The front cover is an artistic interpretation of the original movie poster and plot of the film. It works as a layout of the home that is being invaded but in the shape of the animal masks the intruders wear. It has a bit of Clue vibe, if the board game was re-imagined to be much more violent. If you want more traditional movie art, inside the gatefold sleeve is an actual shot of one of the masked intruders. 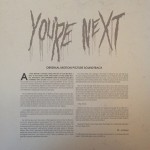 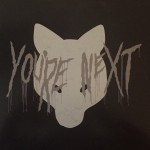 There is an insert that includes liner notes from one of the stars of the film. They have nothing to do with the soundtrack. If you want some amusing stories about the filming of the movie, it contains some humorous anecdotes. However, it is a little disappointing this release doesn’t have anyone involved with the music to write in or at least have the notes be in regards to the score.

The somewhat unnecessary liner note aside, its great to finally be able to have the opportunity to hear this eerie slasher score.