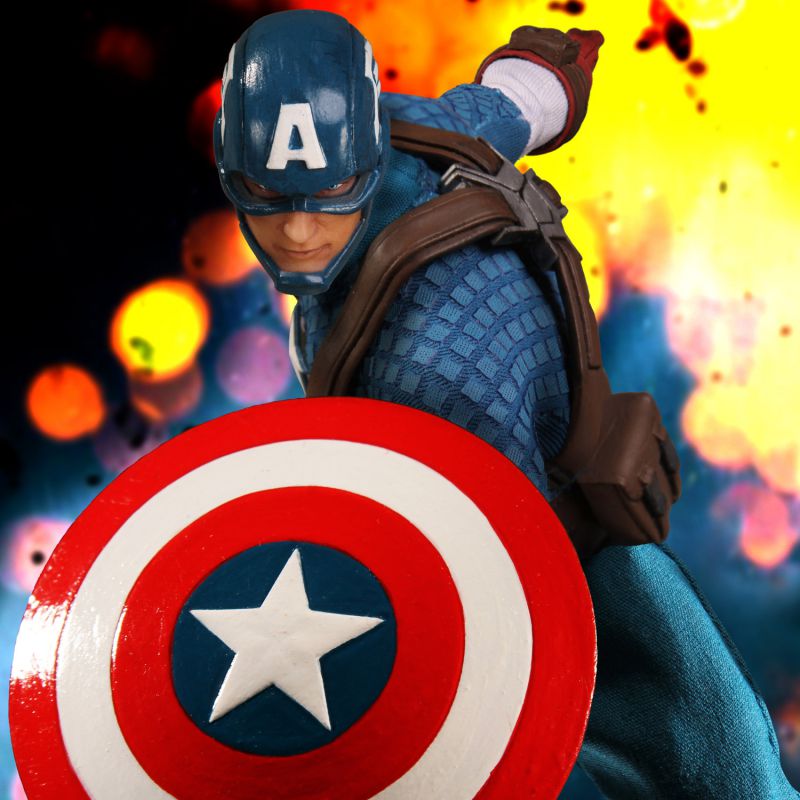 There was no contest.  Marvelicious Toys’ winner of “Best in Show” for the 2016 Toy Fair International was Mezco and their One:12 line of highly articulated 1/12th scale action figures.

Now the first Marvel Superhero in that figure line is available for pre-order:  Captain America

This new figure line has these classic Marvel characters in their comic book incarnations. But with what Mezco calls “Hyper-realistic portraits”, 32-points of articulation, fabric uniforms with special silk screening applications, and sculpted accessories like belt, gloves, harness, and boots, this is a 6-inch figure like no other.

Plus the Captain America figure is loaded with accessories.  This first release has

Each figure is packaged in a deluxe, fifth panel window box with translucent acetate slipcover. Designed for collector convenience, the packaging allows for both maximum protection as well as ease of removal for display.

We know this line will expand fast.  Three different versions of Captain America were displayed at Toy Fair, and this is the first opened for order. Plus just earlier today Mezco revealed their plans for Spider-Man, Deadpool, and Red Skull figures in this line!

Previous Mezco One:12 releases, like their Spock and Batman, have pre-sold out and already command top dollar on the secondary market. So if you want to jump into this new line, you can order direct from Mezco today!

Watch our booth tour and interview with Mezco about thier One:12 line on the Marvelicious Toys YouTube channel