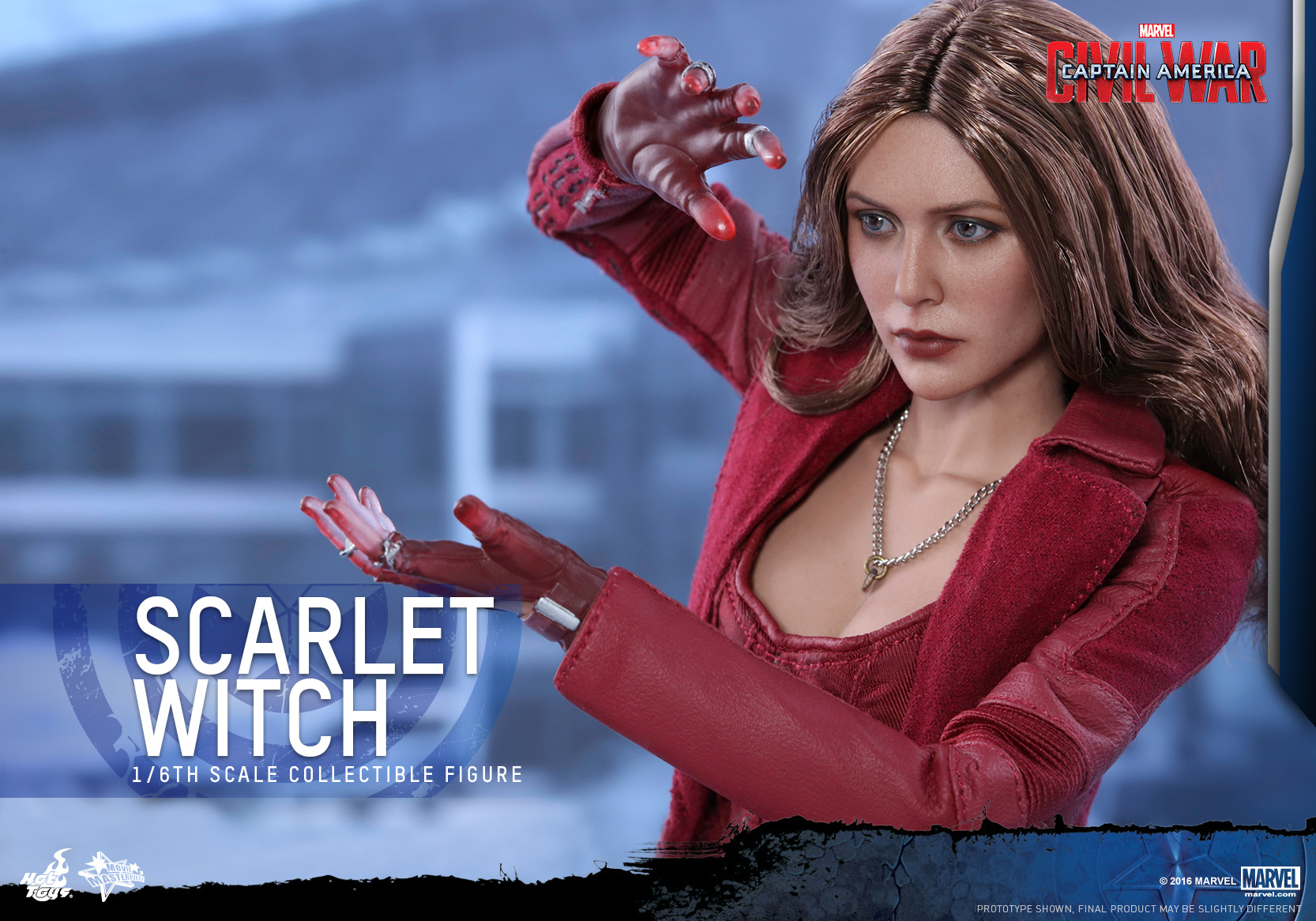 “I can’t control their fear. Only my own.”

Marvel’s Captain America: Civil War has been critically acclaimed and enjoyed by audience around the world since its release! As the Avengers’ actions in Lagos have caused collateral damage where innocent people are killed, the Sokovia Accords proposed by the United Nations has divided the Earth’s mightiest heroes into opposing teams led by Captain America and Iron Man!

Today Hot Toys put up for pre-order the 1/6th scale collectible figure of the gorgeous and powerful member of Team Cap –Scarlet Witch!

Do not miss out on the opportunity to add the stunning new Scarlet Witch to your collection today!

Are you bewitched yet? Then head over and order now!