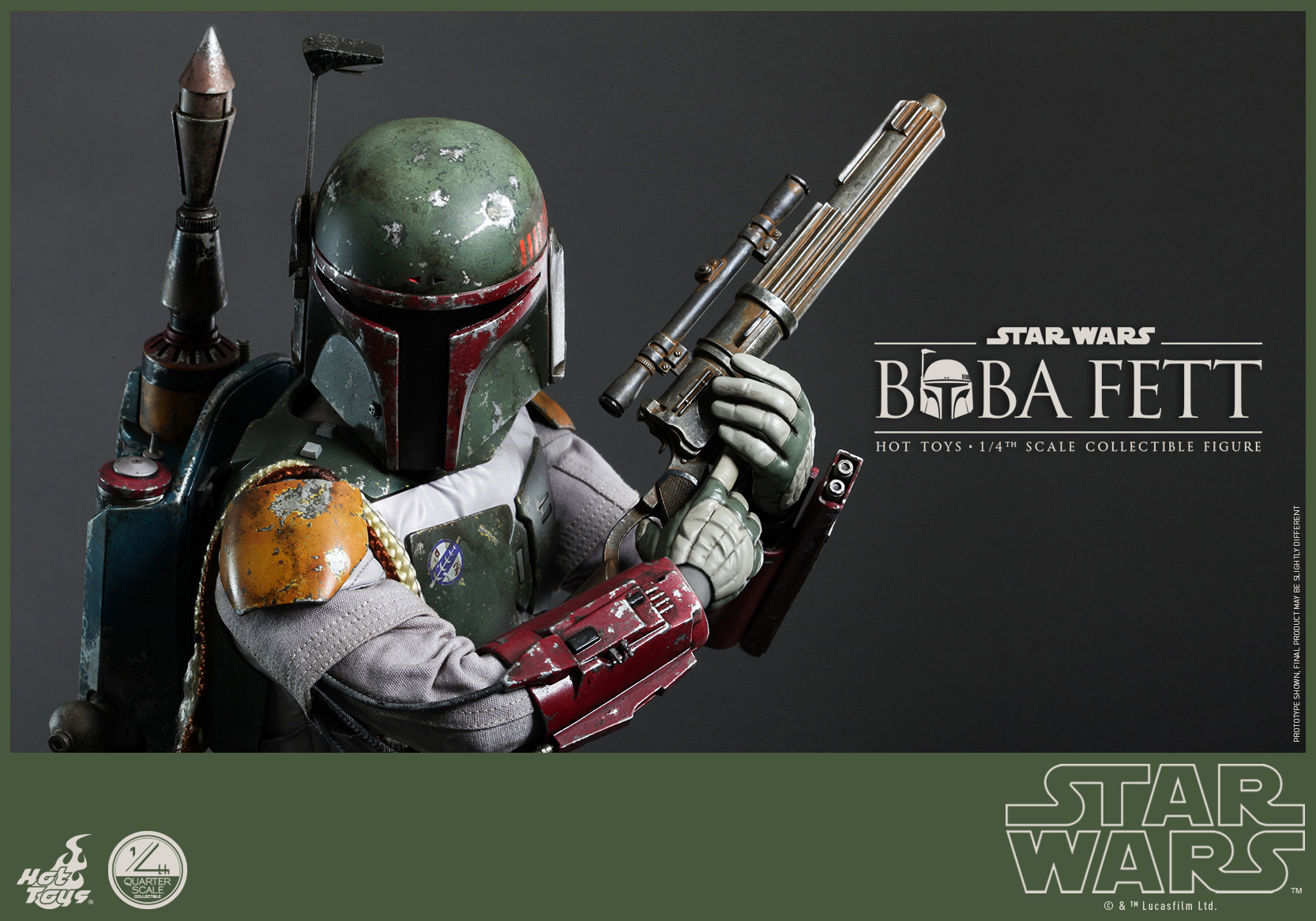 The ultimate bounty from Hot Toys is now available for Pre-Order – their Quarter Scale Return of the Jedi Boba Fett Figure.

In July Hot Toys announced they had obtained the rights to sell figures based on the Star Wars films.  The only releases so far had been in their 1/6 scale (12-inch) Movie Masterpiece Series line.  Boba Fett is the first release in their quarter-scale (18-inch) line of figures, bringing a level of quality, articulation, and accessories never before seen in Star Wars figures of this scale.

In terms of size, this figure matches a Sideshow Collectibles Premium Format Figure, or figures in Diamond Select Toys’ (now cancelled) quarter-scale figure line.  But while the Sideshow “figure” is really a statue, and the Diamond Select Toys’ figure was a toy that did not attempt realistic likenesses and high articulation, Hot Toys is bringing the detail of their Movie Masterpiece figures to this giant size.

Standing nearly 18-inches tall (45cm to be exact), this Boba Fett figure has a helmet with an articulated rangefinder and  extremely detailed Mandolorian armor designed to match the bounty hunter’s appearance in Return of the Jedi.  Underneath that armor you’ll find over 30 points of articulation allowing a huge variety of poses.  And more, you get seven interchangable hands for different gestures, and a huge number of accessories including two blaster rifles (regular and damaged), a survival knife, an anti-security blade, and more!  Plus if you get the Special Edition (exclusively through Sideshow Collectibles) you also get  a blaster sidearm with holster which Boba Fett has in Star Wars: Episode V Empire Strikes Back.
Don’t miss the chance to add the fearsome bounty hunter to your prized collection!

Find out all the details and pre-order now at Sideshow Collectibles!