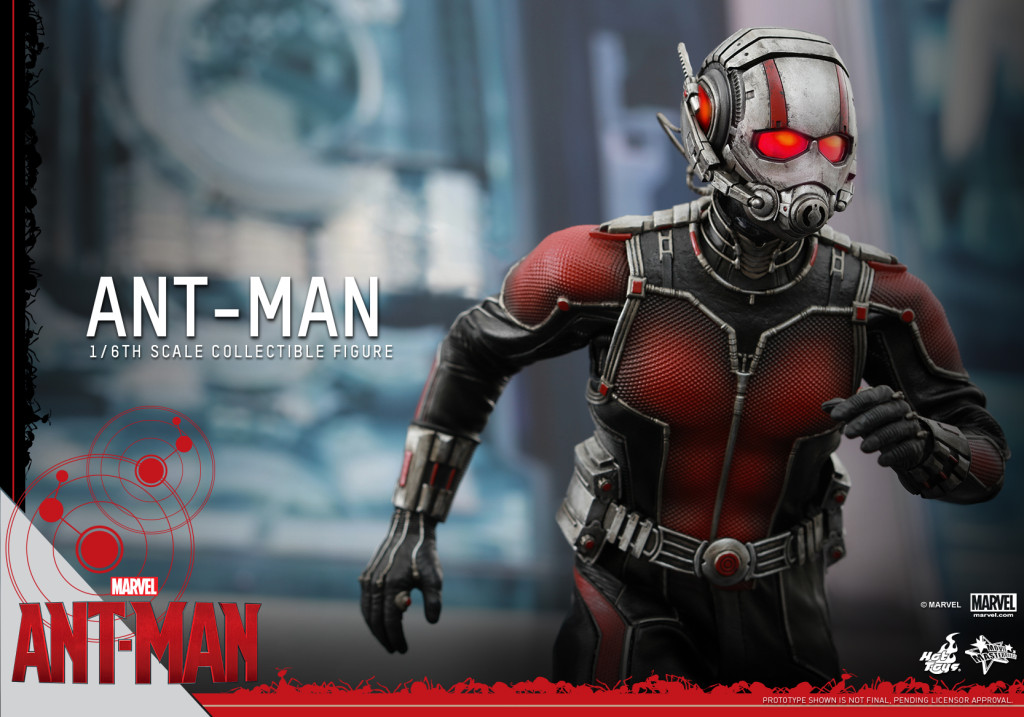 This suit has power…and you have to learn how to control it!

Tonight Phase II of Marvel’s Cinematic Universe comes to a close with their smallest hero — Ant-Man!  It premiers nationwide tonight (and will be reviewed on Now Playing Podcast this Tuesday)!

To celebrate, Hot Toys has released their latest MMS figure, and the first in their Ant-Man movie line:  Scott Lang as Ant-Man.

The movie-accurate Ant-Man Collectible Figure is specially crafted based on the film featuring a newly developed helmeted head sculpt with authentic likeness of Paul Rudd as Scott Lang in the movie and LED light-up function when helmet is closed, specially tailored Ant-Man suit, an Ant-Man miniature figure, detailed accessories and a specially designed figure stand.

–   Each piece of head sculpt is specially hand-painted

As the film says, “Second chances don’t come around that often,” so pre-order this new hero now to expand your Marvel Cinematic Universe collection!