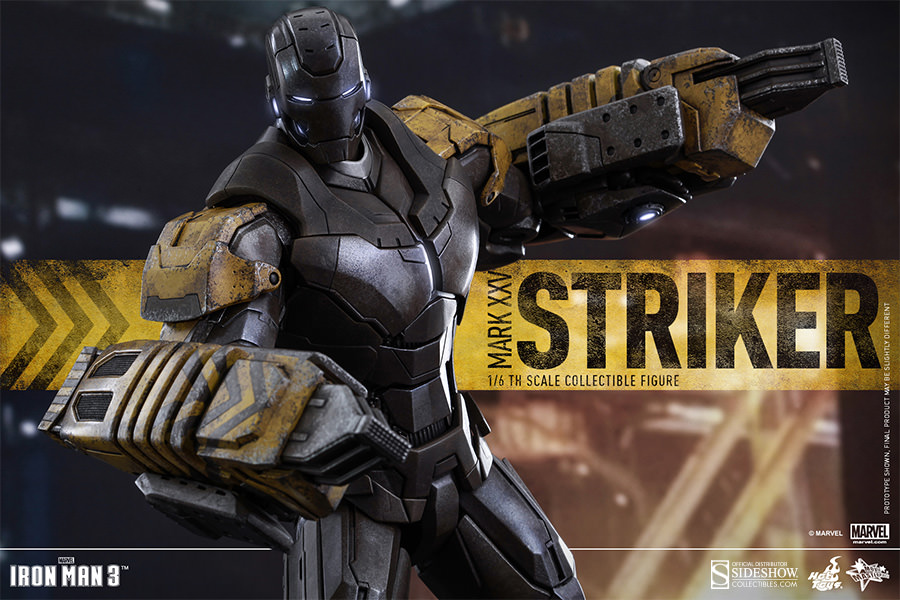 Just a few days ago Sideshow Collectibles put up for pre-order the exclusive Hot Toys Iron Man Hot Rod Armor – Mark XXII.  That piece has sold out in just a couple days (though Sideshow is taking Wait List reservations, so if you might want that figure join the list now!)

But now, just a few days later, they have another one up for order:  The Iron Man Mark XXV:  The Striker Armor.

As seen in Iron Man 3, Tony Stark has built the Striker (Mark XXV), also known as the Heavy Construction Suit. This suit is designed for assisting in heavy construction with its distinctive Pneumatic Hammers. Although the hammers are not designed for combat, they still proved to be lethal when Striker assisted in eradicating the two Extremis soldiers attacking James Rhodes.

This figure is up for pre-order, and Flex Pay is available, so get your order in now at Sideshow Collectibles site!