Hot Toys has added 2 more Iron Man figures to their roster today–but they may not stick around for long!

First is the Iron Man Mark VII Sub Zero armor.  Being a regional exclusive, this one will be the first to sell out.  Official image and text below: 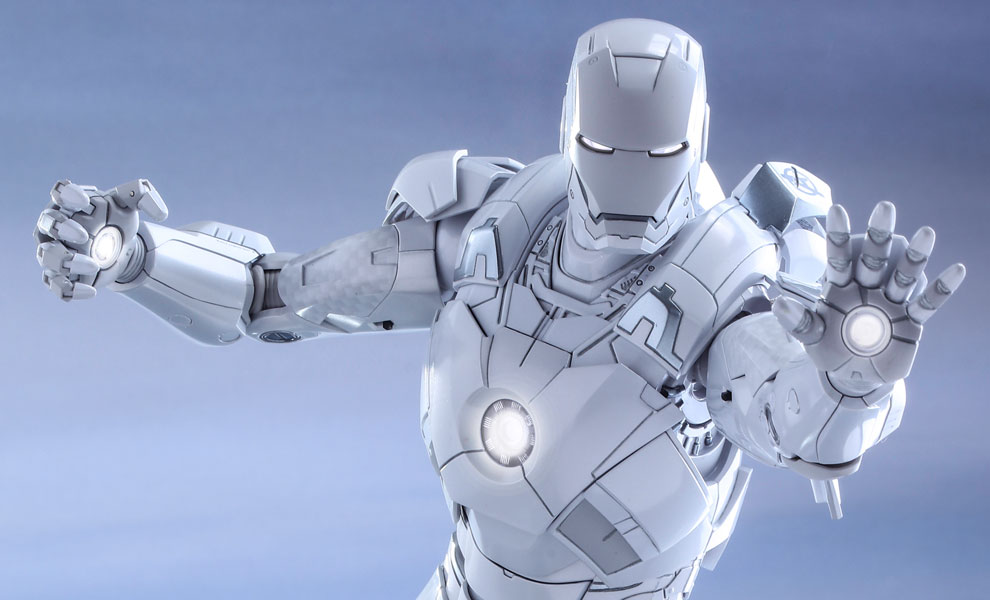 The Iron Man Mark VII has been a favorite armor among Iron Man fans as many collectors have sought after the original sixth scale Mark VII and Hot Toys’ originally designed Mark VII (Stealth Mode Version) collectible figures since their debut.

Sideshow and Hot Toys are excited to introduce yet another original take on this iconic armor by presenting the new sixth scale Mark VII (Sub-Zero Version) Collectible Figure!

The Sub-Zero version Mark VII’s design is inspired by the concept of Tony Stark creating a specialized armor for carrying out missions in the frigid zones with its color scheme acting as camouflage to conceal itself in areas filled with heavy snow.

This extremely stylish Sub-Zero version Mark VII collectible figure will be an excellent addition to your Iron Man collection!

You can pre-order the Sub-Zero Iron Man Mark VII now at Sideshow Collectibles. 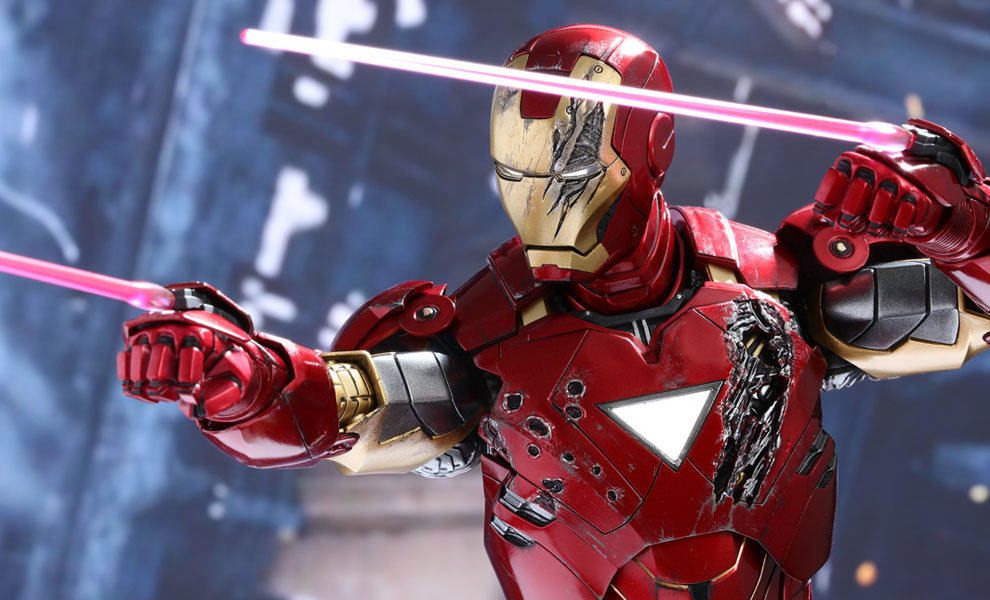 Second is a new version of The Avengers‘ Iron Man Mark VI, now with a die-cast body and new accessories.  And the exclusive edition comes with a separate Iron Man helmet with light-up features.

The official description is:

Many fans have considered the Iron Man Mark VI one of their favorite Iron Man suits that Tony Stark has used in the Marvel Cinematic Universe. Featuring an all-new arc reactor core and new triangular shape design, the Mark VI is able to fend off Hammer Drones and withstand the powerful lightning strikes from the mighty Thor! Sideshow and Hot Toys are thrilled to revisit this fan-favorite suit and officially introduce the brand new sixth scale collectible figure of Mark VI as seen in Marvel’s The Avengers for the MMS Diecast Series!

The highly-accurate collectible figure is made of diecast material, and crafted with phenomenal details that astonish fans with its high level of authenticity!

Do not miss out on the opportunity to have this new Mark VI in your Iron Man collection!