In the pre-Napster days, there was nothing more frustrating than having to scour every record store in a 40-mile radius to find that rare song that for some inexplicable reason had been left off the soundtrack to a hugely popular movie. (Do you have any idea how many years it took me to find Dramarama’s “Anything, Anything” because my worn out, taped-off-WGN copy of A Nightmare on Elm Street 4 shrunk the end credits to the point where I couldn’t read the name of the band? Yes, I’m still mad about this Chrysalis.) 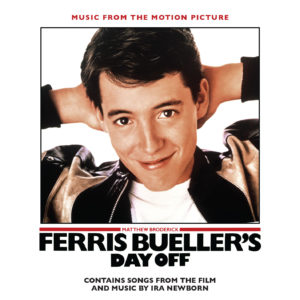 Fans of Ferris Bueller’s Day Off know that pain. They’ve known it for 30 years as they desperately tried to recreate the film’s greatest moments but came up short where it really counted. Sure, it’s easy to get “Day Bow Bow” and “Twist and Shout” on your playlist, but good luck getting your hands on “Beat City.” How are you supposed to make that traffic-free morning commute into Chicago without The Flowerpot Men riding shotgun?

At long last, the search for scratchy bootlegs has come to an end. Specialty label La-La Land Records has come to the rescue (again) with the first official release of the Ferris Bueller’s Day Off soundtrack. Since 2009, producers Dan Goldwasser and Neil Bulk have been working to collect the rights to nearly all of the film’s music, and the result is a 35-track collection that includes the aforementioned Beat City (and seven other singles), composer Ira Newborn’s original score, and even the marching band overlay of Twist and Shout.

In an interview with Now Playing Podcast, Goldwasser and Bulk discussed the “daunting” task of assembling the soundtrack, why the project took seven years to realize, and why not all of the film’s music could be included.

So join Arnie, Marjorie, and Justin as they discuss the music of Ferris, and Arnie talks to Goldwasser and Bulk as well as an interview with, and performance by, the group Blue Room!

The release of the Ferris Bueller soundtrack comes during an unofficial “Celebration of ‘86” at Now Playing Podcast. The show’s bi-annual donation drives have featured “Sci-fi Summer of ‘86” and “Horror of ‘86” retrospectives, respectively, as well as a surprise July review of that year’s Short Circuit. Listeners can also expect Now Playing’s Ferris Bueller’s Day Off review before the end of September. 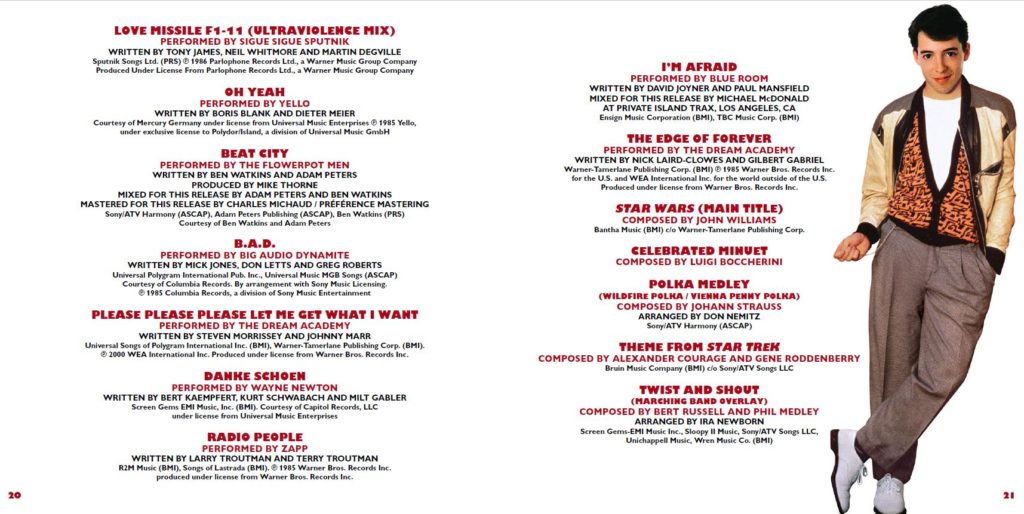