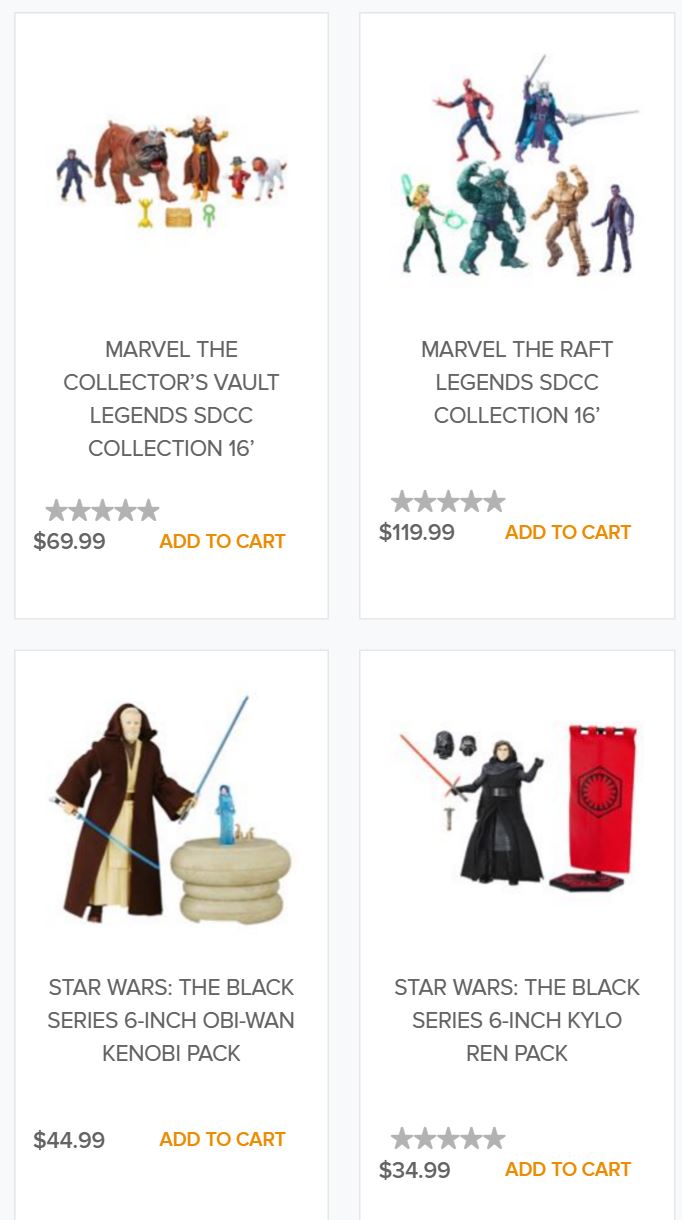 If you want them, read the rest of this article later.  Go now to Hasbro’s order page and try to get yours!

Hasbro updated their Hasbro Toy Shop site in the early hours of Aug 9, 2016 listing all the SDCC exclusive toys that are now available.  They listed them as “Out of Stock” so orders were held until the allotted time.  Many of our listeners let us know they thought they had missed out on this sale and have already gone to eBay.

But now the items are online!  Up for sale are:

So hurry to Hasbro Toy Shop and get your orders in fast! Some of these products (Magic the Gathering, all 3 Star Wars figures, and the 6-Inch Marvel Legends set for sure) won’t last long!