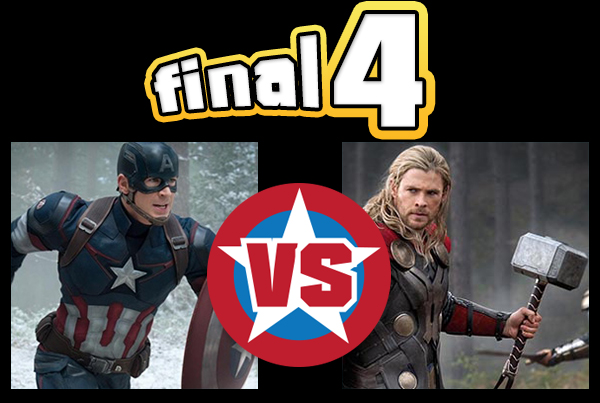 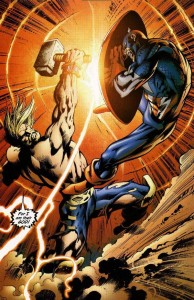 Thor, God of Thunder, has hammered through victory after victory, earning his spot in the Marvel Madness Final Four! He splintered Groot in the first round. His hammer bested Gamora’s blade in the Sweet Sixteen. He even proved more worthy than Vision, defeating the android in the Elite Eight.  Can Thor fly fast enough to take it all?

He’s facing daring competition in this round–Captain America! Daredevil proved no match against the Star Spangled Avenger, and Jessica Jones fared little better. Even when up against Spider-Man in the Elite Eight, The First Avenger won.

Who makes it into the finals, and who goes home battered and bruised?  You decide so vote now!

Hear all the Marvel Movies discussed at NowPlayingPodcast.com