Kristy Swanson Signed Our ‘Deadly Friend’ DVD and You Could Win It! 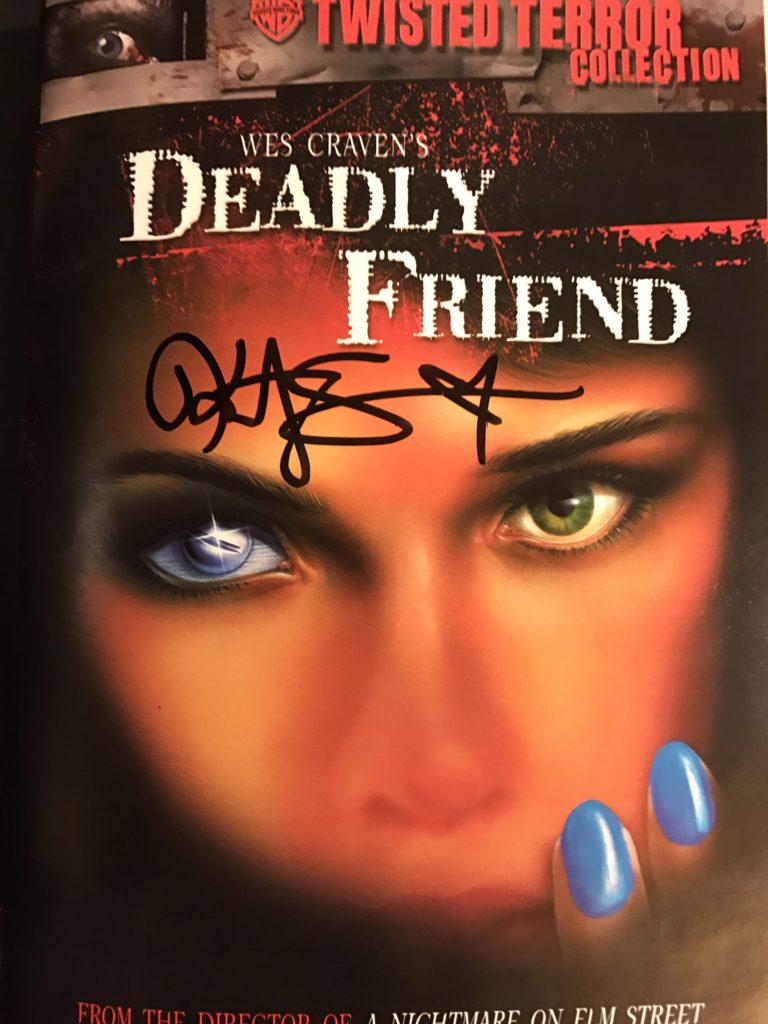 We fired a lot of basketballs at “Deadly Friend” during our Fall Donation Series, but Now Playing Podcast will always have love for its star, Kristy Swanson. She’s our first Buffy. She’s Christie Boner. She’s the mannequin in “Mannequin Two!”

Kristy proved she’s also a friend of the show by signing our “Deadly Friend” DVD at Days of the Dead Chicago, and now it could be yours!

Enter to win the signed DVD by going to the Now Playing Podcast forums and leaving a post about one of the 16 films in our Fall Donation Series. Supporters have heard us review all five films in “The Fly” series and our “Horror of ’86” reviews will lead into our “Re-Animator” retrospective before year’s end. Tell us which of the films we’ve covered is your favorite and why, and you could be our winner!

The contest runs through Dec. 31, when our donation series comes to an end, and a winner will be contacted shortly thereafter. You don’t have to be a donor to participate, so don’t miss your chance to win!