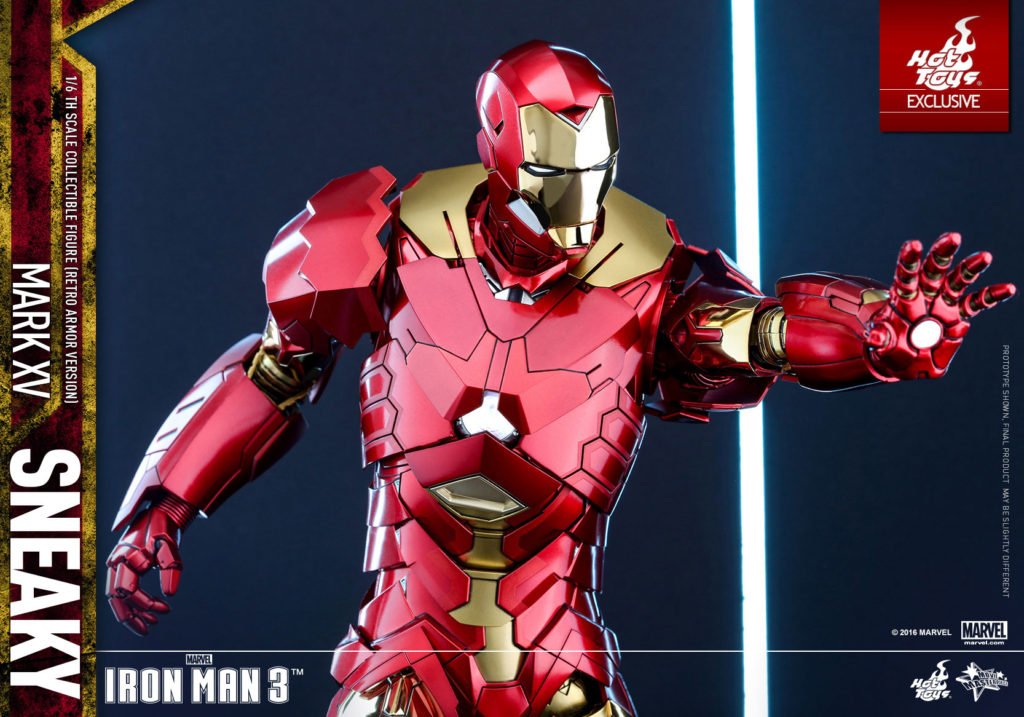 With its built-in cloaking system, the Mark XV “Sneaky” armor is among the most unique armors in Tony Stark’s “House Party Protocol” in Iron Man 3. Today Sideshow has put up for order Hot Toys’ special inspired take on the armor, livening up the original’s cool dark gray color scheme to give it the Iron Man classic red-and-gold finish which first appeared in the Iron Man 3 concept art of this armor.

The Retro Armor Version of the 1/6th scale Mark XV collectible figure has the same sleek form factor as the movie version, but is given the iconic red-and-gold Iron Man coloration with newly painted and electroplated parts to mimic the original concept art design. This figure features a meticulously crafted armor equipped with LED light-up functions on eyes, arc reactor and repulsors, the unique asymmetrical forearm design, plus a specially designed dynamic figure stand and gold colored name plate.

Only available in selected markets, this exclusive Mark XV 1/6th scale figure is sure to sell out fast but it is available right now on Sideshow’s site!

–       Shin armor can be opened to reveal interior mechanical design