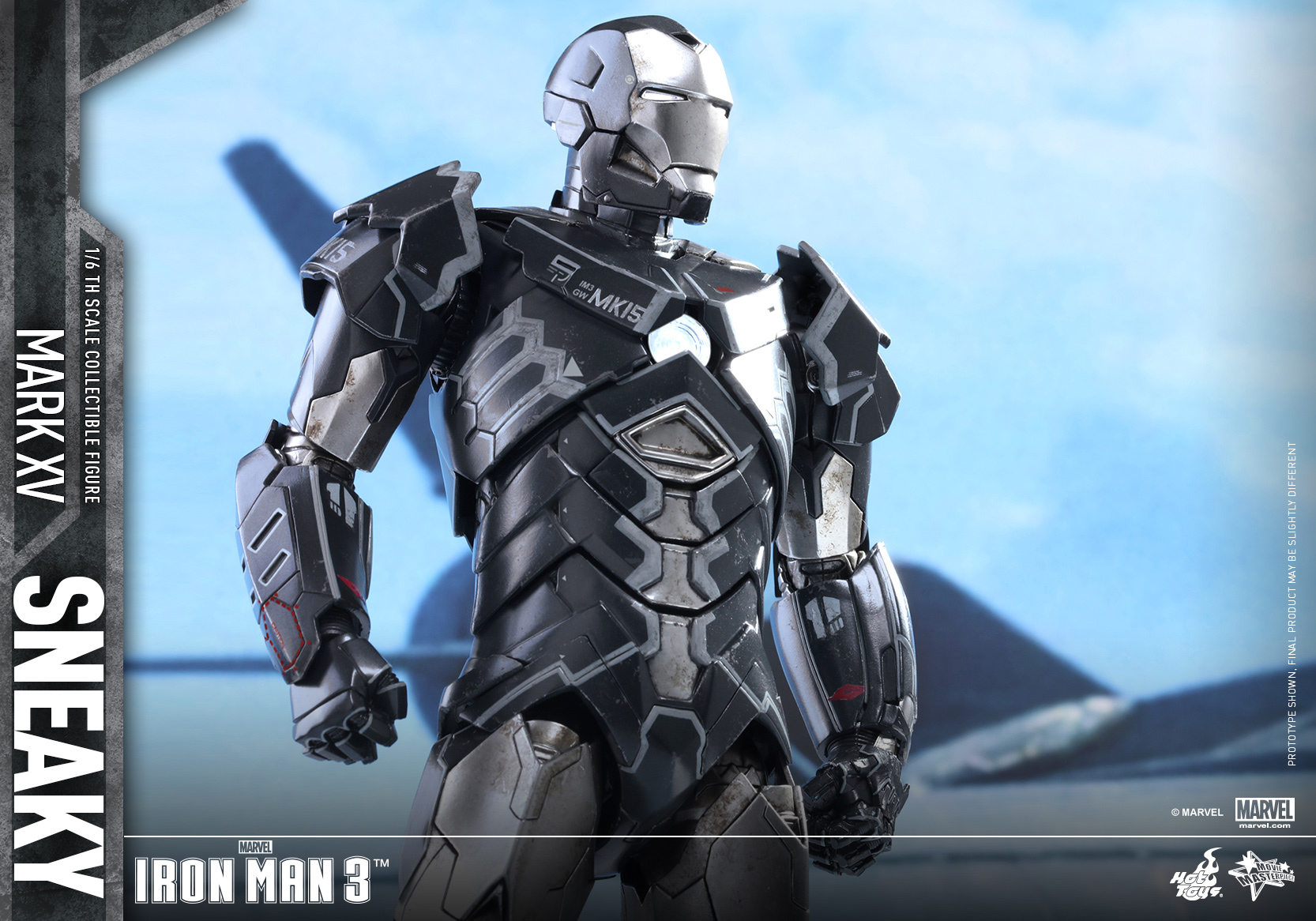 As seen in Iron Man III this Mark XV armor was work very briefly by Tony Stark during his final battle against Aldrich Killian. It was also one of the suits seen when the Iron Legion showed up for that fight.

Per the Iron Man 3 Blu-Ray, the Mark XV is a Stealth Armor Prototype Upgrade with Sonic Dampening Thrusters and Reto-Reflective Coating which adapts the suit’s tint to the surrounding environment for stealth capabilities.:

It is time to add another new member of the “House Party Protocol” to your Iron Man collection today!