Go or Pass on MOVIEPASS – Should You Use This Service? 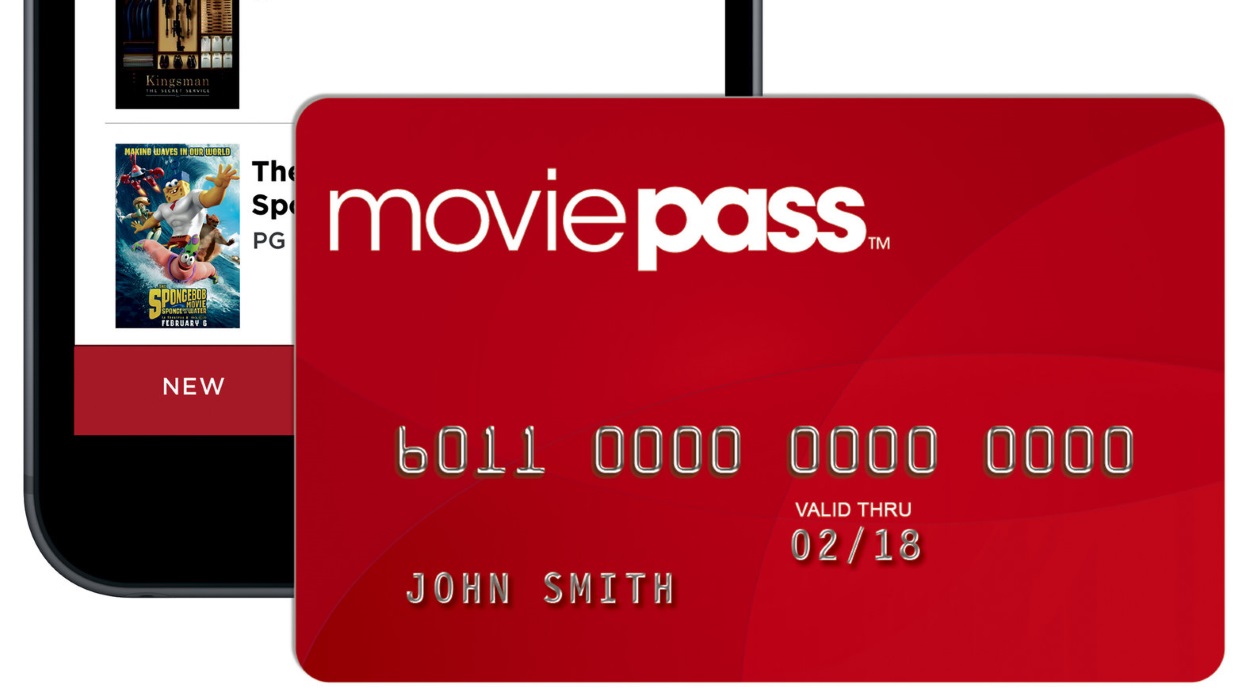 Though the service is six years old, MoviePass has become a hot topic for theater goers this week, from the take-over by Helios and Maheson Analytics, to the price drop from $30 to $9.95 per month, to AMC Theaters pursuing legal action to stop the service. But should you buy in?

MoviePass is a subscription service where, for $9.95 per month, you can see one (2D, standard format) movie per day in theaters.  This means you can literally see 365 movies for under $120. That comes to about $0.33 per movie, compared to the current national average of $8.84 per ticket.

This is not a scam or a trick. There are no blackout dates. You can see movies the day they come out if you want, any showing, any day of the week.

How does this work?

MoviePass is not a service offered by your local theater chain. Unlike Regal Theater’s “Ultimate Ticket Program” where, for $100, you can see an individual movie (like Wonder Woman) once per day for its entire run, MoviePass is its own company operating outside the theater chains.

Here’s how it works:

1) You sign up to their service online for $9.95 per month, cancel any time.  They will then send you a physical “credit card” which will arrive in 5-7 days.

2) Once you have their card you must go to the theater and then use their app to pick the movie.  You cannot order your movie tickets online.  You must be within 100 yards (yes, yards) of the theater to get the tickets.

3) You can only buy tickets same day.  The app only shows you today’s showtimes. So you cannot use this to pre-buy any tickets.

4) Once your movie is selected, MoviePass will “load” your card with enough money to buy a ticket.  Then you use your card to get the ticket at the kiosk or the box office at the theater.

​5) This does not work for premiere screenings.  IMAX, 3D, etc. is not included in MoviePass’ $9.95 option. As their site clearly states: “ We currently do not support (in part or entirety) any enhanced or special screenings that involve an upcharge at the theater. Examples of these would include 3D, IMAX, Fathom Events, DBOX, ETX/RPX, film festival screenings, etc.”

If you do the math it doesn’t take long to realize that if you see 2 movies per month on average you’re saving money with MoviePass.  If, on average, two movies cost $19, you’re saving $10 per month. And that’s real money MoviePass is paying to the movie theater.  Though newly aquired, some sites have already declared the service “doomed.”  But MoviePass, run by Netflix exec Mitch Lowe, actually intends to lose that money for a period.  Their business strategy is to build a loyal customer base of millions of users. Then the money they lose on movie tickets will be made through data mining.

Much like Fandango, Netflix, Google, and Fandango do now, MoviePass will gather information about your viewing habits and use them to sell you stuff.  They will make money through ads targeted directly to you. They also may make even more money by selling your data (albeit anonymized) to larger data mining companies.

Finally, the executives at MoviePass hope theaters will buy into the service to help offset the losses.  Through increased attendance and more concession sales (which reaps theater chains the most profit) MoviePass views themselves as a partner for theaters.

Why is AMC upset?

Unfortunately it doesn’t seem that theaters are as happy about this. AMC has threatened legal action against MoviePass.

On the surface AMC is claiming MoviePass is setting customers up for disappointment, lowering the “perceived value” of a movie ticket.

In truth, theater chains like AMC and Regal are investing heavily in their own rewards programs, like the AMC Stubs Premiere service which costs $15 per year.  They want 100% of the ticket price and also the ability to collect the same data MoviePass desires.

Perhaps you should subscribe, but I will not be signing up for MoviePass.

I will admit–on the surface this service looks like a great way to save money.  In the first eight-and-a-half months of 2017 I’ve seen 32 movies in theaters.  I have spent over $400 at the movie theater box office; 9 months of MoviePass would have cost me less than $90.

However, there’s a deal-breaker for me in that fine print:  MoviePass is only good for standard, 2D movie showings.

Of the 32 films I’ve seen this year, only 12 were 2D, standard.  The other 20 were 3D, IMAX, D-BOX, or AMC Prime experiences.  If a movie is released in IMAX that’s the way I want to see it — big and loud.  While 3D films are in decline the IMAX experience is still one for which I’m willing to pay a premium.

So in those 9 months I only spent $96 on 2D, standard movie tickets. MoviePass would have cost me $89. That $7 difference is not worth the trade-off of online ticket ordering.

Then when I look at the upcoming slate of films I plan to watch theatrically in 2017 most will be IMAX or 3D.  Blade Runner 2049, Kingsmen: The Golden Circle, Justice League, Thor: Ragnarok, Star Wars: The Last Jedi and even the glorified television pilot Marvel’s Inhumans will all be IMAX experiences.  With or without MoviePass I’ll be paying AMC full ticket prices for those.

Without the convenience of online ordering I would need to save at least $10 per month, $60 per year, with MoviePass.  While there are many standard, 2D films I’m excited for, including Jigsaw, Death Wish, and It, I’m not sure I’ll be seeing 12 2D movies in the next three months to make the trade-off worth it.

If MoviePass were to reinstate their premium option, hopefully at $14.95 per month but even at $19.95 per month, they would likely have my money.   But for now I will Pass on MoviePass.

Arnie Carvalho is co-host of Now Playing Podcast.  You can read his movie reviews in the upcoming book Underrated Movies We Recommend, available for pre-order now.

Corrections: This article was updated at 4pm EST for the following items: