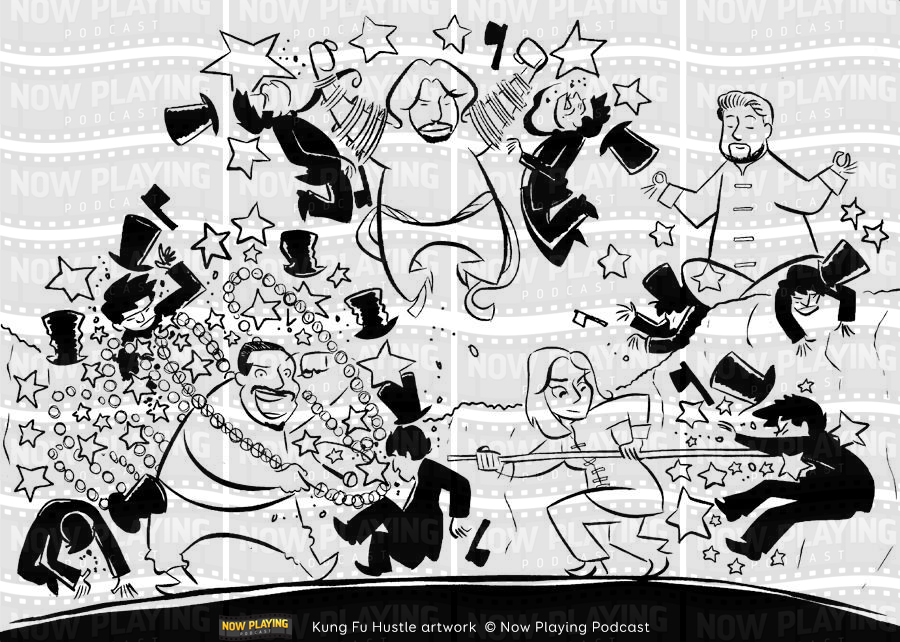 Beland’s art for the film Kung Fu Hustle. In the final, published book the art will be full-color.

Venganza Media is adding another star contributor to its Kickstarter-funded publishing project, teaming with artist and author Tom Beland to produce original, exclusive artwork for Underrated Movies We Recommend.

In addition to designing the book’s cover, Beland will create 12 half-page and 6 full-page pieces that will bring to life 125 reviews of undiscovered and underappreciated films selected by the hosts of Now Playing Podcast. Prior to joining the Underrated team, the Santa Rosa, California-based Beland created 2014’s acclaimed Chicicabra and the Eisner-nominated series True Story, Swear to God, based on his real life romance.

With Beland on board, Underrated is one step closer to the end of a journey that began in February 2015, when Now Playing Podcast listeners funded the project on Kickstarter. The contributions exceeded all expectations and allowed Venganza to publish the book in hardcover and audio format. In October, legendary suspense and horror filmmaker John Carpenter agreed to pen the foreword to Underrated, contributing his thoughts on undervalued films and the devoted audiences that keep them close to their hearts.

You can pre-order Underrated Movies We Recommand now!  The estimated shipping date is late summer, 2016.