In a move worthy of Apple, Marvel Studios held a presentation today unveiling its third phase of films based on the characters from Marvel Comics.

While several expected titles were told, many surprises were there as well.

With this announcement, the current slate of movies from Marvel Studios are:

View the trailer below: 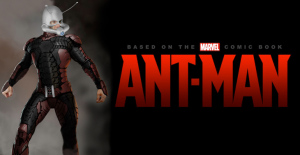 These titles bring back many established heroes while bringing in new ones and meeting the call for diversity among superhero films (a female-led film and a superhero film starring a black man).  Conspicuous by their absence are any additional Iron Man films, as well as any films featuring popular Avengers heroes Hulk or Black Widow.

How do you feel about this line-up of movies over the next five years?  Let us know in the comments below!