YOU CAN’T HANDLE THE DUCK — April brings 20 WHAT THE DUCK?! Variant Covers from Marvel 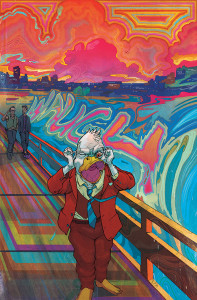 April is WTD Certified For WHAT THE DUCK?! Variant Covers!

Howard the Duck Waddles Into Your Favorite Marvel Comics for Special April Variants!

New York, NY — February 4th, 2015 — Sure, the highly anticipated HOWARD THE DUCK #1 from Chip Zdarsky and Joe Quinones hits comic shops in March, but Marvel is keeping the celebration going all the way into April! Today, Marvel is proud to unveil WHAT THE DUCK?! Month – a series of 20 special variant covers for April featuring that fabulous fowl, Howard The Duck! Now is your chance to see some of the most popular artists in the industry provide their own spin on that magnificent mallard!

“Response to the announcement of the new Howard the Duck series has been staggering,” says Marvel SVP Sales & Marketing David Gabriel. “There were so many talented artists eager to take a quack at drawing a Howard cover we couldn’t resist building an entire variant month around him. This April is going to be WTD certified!”

Today, Marvel is excited to reveal the following WTD Variants by some of Marvel’s greatest cover artists: 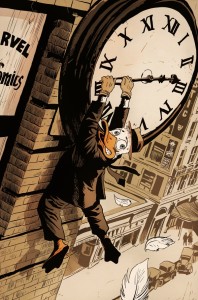 Look for these additional WTD Variants to grace the covers of these exciting Marvel comics throughout the month of April: 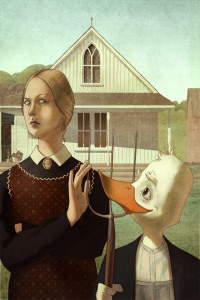 No fan can afford to miss out on these exciting variant covers featuring the one and only web-footed wonder! Run, don’t walk to your comic shops this April to get your hands on these can’t miss WHAT THE DUCK?! Variant Covers!