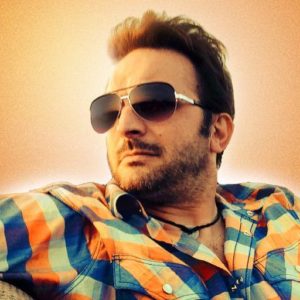 Now Playing Podcast is getting a new host; one whose voice will sound familiar to longtime Venganza Media listeners. Justin Kozisek, a host and contributor to Marvelicious Toys and Star Wars Action News, will add Now Playing duties to his plate for some upcoming, unannounced (that means it’s a secret) shows.

Kozisek becomes the seventh member of the rotating panel, and although he’s primarily known for his collecting and customizing knowledge, listeners have heard him offer film critique during movie segments on Marvelicious Toys, a show that he has hosted since its launch in 2010.

A fan of indie comedies, Kozisek ranked Wet Hot American Summer, Kiss Kiss Bang Bang, and Dazed & Confused among his favorites, although he can find reasons to love films of every genre.

“I’m a ‘try anything once’ kind of guy and will give almost any movie a chance,” he said. “I look at movies as entertainment first and art second, then based on what a film is trying to accomplish I adjust my outlook accordingly.”

“I very rarely hate a movie and when I love a movie it’s because it earned it!”

Kozisek is also a professional industrial designer with experience in model making, drafting, special FX and latex make-up design.  He has created album artwork for hundreds of bands, PC and Nintendo games. More than a fan of films, Kozisek’s design background has led to him working on several.  He was creative director on the documentary There Will Be No Stay, also designing its movie poster. He also was a graphic designer on indie film No Resolution.

“All of this adds up to me being infatuated by the treatment of products in films,” he said.  “If an item like Pepsi pops up in a movie today we all know that it was paid for, but I enjoy catching a glimpse of things that were supposed to be obscured in older movies (before the tie-in game was afoot).  I love it when someone like Tarantino makes a brand for his movie universe – Apple Cigarettes is a great example.”

Movie making is a family affair for Kozisek. His wife Chevy is a producer and make-up artist with work 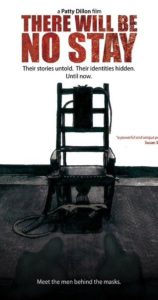 ranging from horror films to music videos.  She has done both studio and FX make-up. Her effects work can be seen in April Showers, a film about a school shooting directed by Columbine survivor Andrew Robinson.  Chevy also produced the 2016 drama No Resolution.

When asked about his favorite Now Playing Podcast retrospective, Kozisek pointed to the 2010 A Nightmare on Elm Street series, which is well known among fans for including songs from an obscure “Freddy’s Greatest Hits” album (featuring a surprisingly game Robert Englund).
“I think that retrospective really helped solidify what Now Playing is all about,” he said. “I think you’d be hard pressed to find anyone that truly loves all of those movies, but the shows really made revisiting them a lot of fun.”

As do the fans. Kozisek credited Now Playing’s longevity (the show will turn 10 next year) and the popularity of Venganza’s podcasts to its listenership and the community they’ve formed on social media and the show forums. The podcast format, he said, creates a shared experience, much like watching a film you own on television.

“There’s something comforting about knowing you are watching the same movie that other people are watching, and Now Playing creates a ‘couch’ for people to gather and enjoy the experience together.”