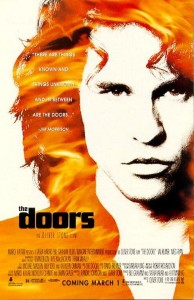 The critic awoke before dawn.  He put his boots on.  He chose a film from the ancient gallery and he walked on down the hall…

Believe it or not, I love the concept of film biographies, or biopics as they’re sometimes called. The world is full of colorful people with stories more strange and interesting than any fiction a Hollywood scribe can concoct. To learn a bit about a popular or historical figure, while also hopefully being entertained, seems like a win-win.

I realize this may be a shock to those who have heard my comments on the Now Playing Podcast review of The Aviator where I heaped my disdain on the overwrought, self-important Martin Scorsese-directed Howard Hughes biopic.

Therein lies the dichotomy: while I like the idea of a biopic, the execution is often lacking. A life cannot be compressed into a single film, so shortcuts are made to improve the narrative; and often the films come with this feeling that the director was saddled with the burden of making something to honor the subject.

Still, while they are the exception and not the rule, there are some biopics I completely love. Examples include: The Social Network’s profile of Facebook founder Mark Zuckerberg, Fire in Silicon Valley (the TNT TV movie about the rise of Microsoft and Apple), and Dragon: The Bruce Lee Story, which feels like a martial arts film while profiling the star of that genre.

Of all of those, though, no biopic has had the impact on me that came with Oliver Stone’s The Doors.

It was by chance that I saw The Doors. My interest in a biography film is directly proportional to my interest in the subject. I don’t care about Peter Pan author J.M. Barrie, so I didn’t see Finding Neverland; I’m not a fan of Liberace so I didn’t seek out Behind the Candelabra. 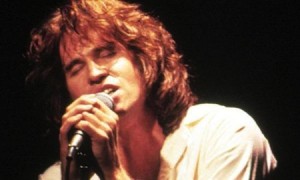 From movement to posture to body shape, Kilmer became Morrison for The Doors.

In my teen years, not only wasn’t I a fan of The Doors, I barely knew them. I was more familiar with the Echo and the Bunnymen cover of People are Strange featured in The Lost Boys than I was any given Doors song.

Nor was I especially a fan of Stone’s (though this review series may give the opposite impression, as I already profiled Wall Street, and one more Stone film will appear before this series ends). After Wall Street I had seen Born on the Fourth of July and found it interesting, and I actually saw JFK before The Doors due to more interest in the subject. But JFK ended up becoming one of those biopics — like The Aviator — for which I have no tolerance.

I saw The Doors due to utter boredom. I was home from college for a weekend with no plans, so, as I was wont to do, I went to the video store with no agenda. A Saturday night, the new releases gone, I eventually came upon this film’s VHS box and saw Val Kilmer staring out at me, his hair and shirt aflame.

Kilmer was an actor I’d greatly enjoyed. Real Genius remains, to this day, one of my favorite 80s comedies, in large part due to the actor’s fun, yet emotional role as young laser scientist Chris Knight. In addition, Kilmer had given strong performances in Top Gun, Top Secret!, and Willow. I wanted to see what the actor could do if given a more serious role, and I had read nothing but praise for his portrayal of singer Jim Morrison.

I mostly knew co-star Kyle MacLachlan from Twin Peaks when I first saw The Doors. His character of Ray Manzarek, Doors’ keyboardist, is lost in this film; despite the title this movie is all about Morrison.

I took the videocassette home, with no clue what to expect. I knew nothing of Morrison’s life or his band. I certainly didn’t expect to see visions of Native American spirit guides, trippy sexual satanic rituals, and Morrison receiving oral sex in the recording studio while singing. While there were silent parts, it felt like Morrison’s life was completely scored to his own music — and it fit perfectly.

I had never done acid or eaten hallucinogenic mushrooms, but after watching The Doors I felt as if I had done both. Even on my small television I lost myself in this story. The editing, the score, the dreamlike quality that inhabits almost every frame, made me feel I had experienced the film, not watched it.  The Doors took their name from Aldous Huxley’s book The Doors of Perception, and I felt mine had been opened through this biopic.

I ejected the tape feeling as if I had communed with Morrison, as he had on screen with the Native American.

Much of the credit for that must be given to Kilmer. Everything I had read, all the accolades heaped upon the actor, did not begin to do justice to this transformative performance. Despite watching the movie for him, by twenty minutes into the film I recognized that the actor had become lost to the role.

Part of it was a physical transformation — Kilmer losing weight to make himself as wiry as Morrison was in classic photos. More than just adjusting his body mass, though, Kilmer moved with a swagger I’ve not seen him have before or since. When he sang the songs he wasn’t just passable but exceptional. Somehow he captured the mystical authority that was Morrison’s trademark.

On my first watching of The Doors I didn’t realize how accurate Kilmer’s portrayal was; I knew nothing of Morrison and thus had no basis to which I could compare. What I did know, though, was that Kilmer had transcended the performances I had seen before and transformed into someone else for two-and-a-half hours.

Kilmer’s Morrison was sexy, cool, confident, cruel, drunk, stoned… he was magical. He was The Lizard King, he could do anything.

I had never desired to own a Doors record before this movie, but after delighting in this film I became obsessed. The very next day I went to the used music shop (where I was a regular) and bought some Doors CD’s that I listened to hundreds of times.

More, I wanted to find out the rest of Morrison’s story. The film showcased the high points but I needed to know more; about his supposed bastard child, about the satanic rituals he undertook, about his tumultuous relationship with girlfriend Pamela Courson (Meg Ryan, lost in Kilmer’s shadow). This being the pre-Internet era, I had to go to a bookstore, and within a week I had bought Jerry Hopkins and Danny Sugerman’s biography No One Here Gets Out Alive.

This was not a short-term obsession. In the years since I’ve reread that book several times, as well as the autobiographies Riders on the Storm: My Life with Jim Morrison and The Doors by drummer John Densmore and Light My Fire: My Life with The Doors by keyboardist Ray Manzarek, and several other books along the way. I even bought a CD of a strange audio interview Morrison gave in his later years, and have listened to it religiously, looking for more insight into the man who hooked me on screen.

Through those years of research I came to admire Stone’s work even more. It is impossible to sum up one man’s life in a single film, but Stone had come damn close. Though the surviving Doors disagree, my own readings show that Stone was mostly factual. With any real-life scenario there are different accounts of what happened, and even among the band there are disagreements about what in the film is fiction.

In the end, as with all biographies, some characters were combined or cut out, but it seems that Stone’s film did not indulge in the over-fictionalization and emotional shortcuts that are the hallmark of the genre. Even good biopics, like Dragon, rely on this crutch more than The Doors appears to have.

But beyond facts, Stone created a film that wasn’t about Jim Morrison, it was about being Jim Morrison. You didn’t need to see his every aspect so much as understand his point of view, and that is captured perfectly on film. Despite the seriousness of the subject, and contracts with Courson’s family and the remaining Doors, Stone kept the film light, fun, and trippy. He even avoided his JFK downfall — he never indulged a conspiracy theory over Morrison’s mysterious death in a bathtub. Several books propagate urban legend that Morrison’s death was faked, that Mr. Mojo Risin’ (an anagram of Morrison’s name) was living somewhere in Africa, and some day the world would witness the return of The Lizard King. That is subject material that seems tailor-made for Stone, but he does not follow the impulse. The result is a biopic that works as a movie, and a film that entertains as it educates.

Yes, while I only see most biopics due to an interest in the subject matter, this one was the total opposite — the biography film made me an uber-fan of the subject!

To this day The Doors is a film I watch regularly. It has stood the test of time better than its lead actor or its director. It has become iconic in my own mind, and when I envision Morrison in my head I’m never sure if I’m seeing Kilmer or Jim.

In the end, it doesn’t matter — for in this film they were one in the same.