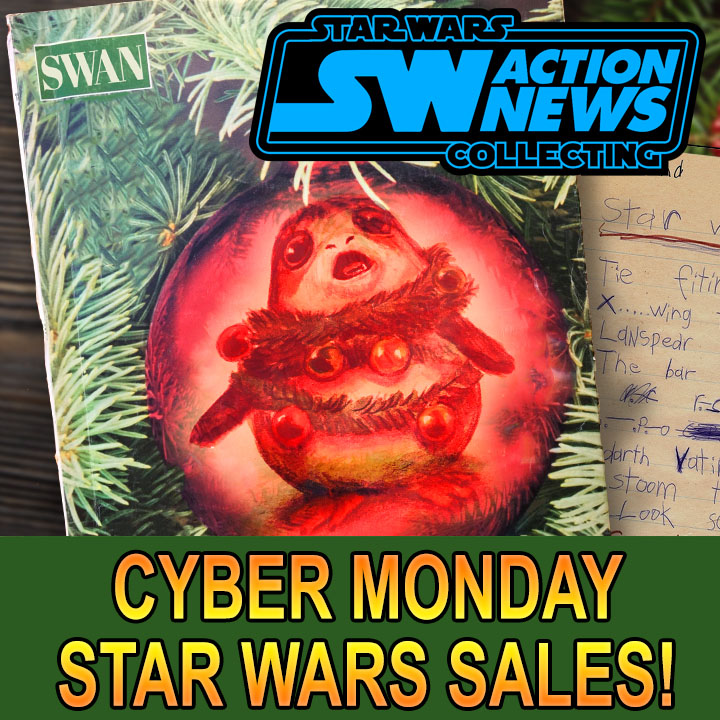 May the Savings be with you on this Cyber Monday where, finally, there are some great bargains to be had on Black Series and Vintage Collection Hasbro Toys, LEGO, and more!

The Black Series Dewback with Sandtrooper is also over 25% off, marked down to $42.97 (not the cheapest it’s been, but a good price on a great toy)

Also in the Black Series, the Kylo Ren Centerpiece set is almost half off, just $28.96 (which is the right price for a non-articulated figure and diorama base)

It’s also a good time to army build your Jawas! The Black Series Jawa figure is down to $12.41.

Also the troop builder Black Series Range Trooper from SOLO is 41% off, just $11.77

And it seems stores can’t give away the Vintage Collection Snoke figure.  You can get one now from Amazon for just $6.96 (down from $13), but it’s an Add-on item only.

The Ultimate Co-Pilot Chewie is a great gift for kids (or those who are still kids at heart).  This $130 toy is almost half off today only, $69.92!

In that same line, Amazon’s exclusive Galacitc Heroes Millennium Falcon with Han and Chewie is $25, down from $40.

Amazon also still has the Sphero R2-D2 for just $39.99. Given that it’s sat at that price for about a week I could see a cheaper lightning deal, but that’s still a great price.

It’s the perfect time to get the 2018 LEGO Star Wars Advent Calendar. it’s 18% off, and you’ll get it in time to start opening on the countdown to Christmas!

Also LEGO, Entertainment Earth has the Jakku Quadjumper for 35% off, just $32.49

For gamers, Amazon has several discounts as well:

The Black Series Star Wars Trivial Pursuit is also almost half off, just $20.50

And many more Gaming Bargains can be found on Amazon’s site!

Got a deal we didn’t list here? E-mail us at show@swactionnews.com and let us know about it!

Finally, if you’re a Star Wars Action News listener, you may want to know about the Cyber Monday deal our sister podcast Now Playing Podcast is having right now — for just the next 18 hours! 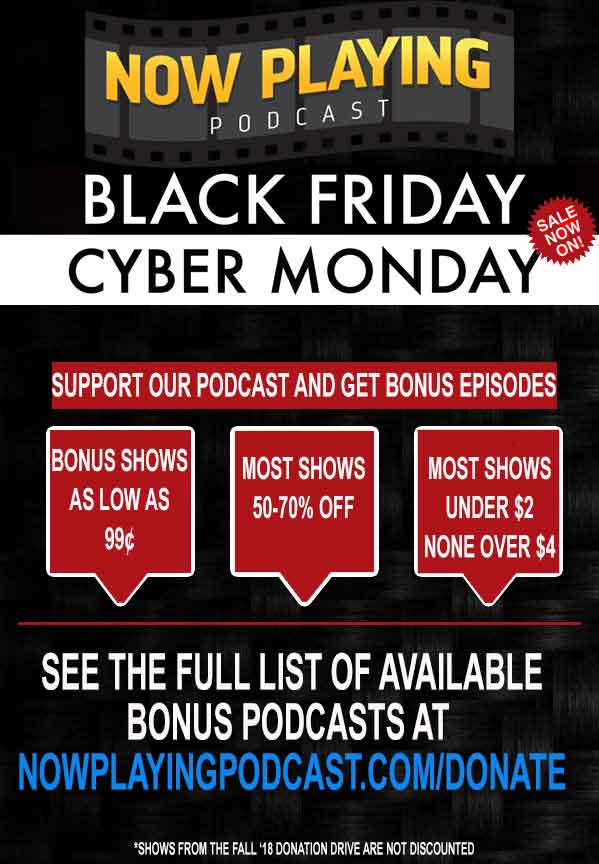